Priit Vaikmaa: you must have a strong financial partner to list shares 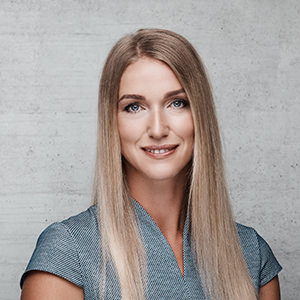 TextMagic AS is an Estonian company that offers efficient SMS communication services to companies mainly in the United States and the United Kingdom. The company has created a software solution and platform for the application-to-personmarket that enables customers to send out notifications, alerts, reminders, order confirmations, etc. TextMagic has a very wide customer base that includes travel companies, healthcare providers, e-shops, schools and universities, as well as companies operating in the financial sector.

Kairit Kasepuu, CEO of Klaar.me, says that when Priit Vaikmaa, the majority shareholder and CEO of TextMagic, contacted her in spring with an offer for cooperation, the main keywords were the new accounting partner and listing on Nasdaq First North. As for the listing, one question that we had to solve first was whether TextMagic should rather use alternative and less expensive means of raising capital, such as borrowing or involving business angels. “However, Priidu’s clear vision and clearly defined goals convinced me that this is an undertaking in which Klaar.me simply had to participate. One of TextMagic’s goals for the listing was to raise money to launch a new product to the market faster. Another goal is to be an attractive employer by offering options to all employees, among others. Both of these goals can successfully be achieved with an IPO,” said Kasepuu.

The pre-IPO work is an extremely time-consuming task. Planning often starts years in advance to ensure that the company’s accounting system, management structure and internal procedures comply with stock exchange regulations. “My past experience shows that a financial partner is often involved in the process of complex transactions or raising capital too late, as a result of which the recognition of transactions in the reports does not meet the expectations of the owners and/or the quality of the reports. But since Priit involved us already at an early stage, we were able to make thorough preparations and changes in the financial process to ensure transparency in reporting, which in turn serves the company’s long-term goals,” said Kasepuu.

According to Kairit Kasepuu, in addition to accounting, the Klaar.me team acted in the role of a financial manager and controller for TextMagic. “In essence, we audited the opening balances of all group companies. We made proposals to make the process more efficient and transparent and helped implement the changes. We implemented the Group’s reporting system and consolidated the Group’s results. In cooperation with the auditors, we analysed the differences in accounting policies of different countries regarding IFRS and compiled the Group’s first IFRS report. We also prepared the pro formaIFRSreport, mapped the KPIs, recognised the option programme, etc. In addition, we prepared management reports and a budget model,” said Kasepuu, summarising the work done by Klaar.me. “The volume of work was very extensive, and besides me, accounting and financial advisers Getter Grünmann and Pille Kork made an important contribution to our team. In addition, we involved tax experts to create even more value for TextMagic,” said Kasepuu.

Approximately 5.9% of the shares of TextMagic AS were offered to the public, totalling almost 500,000 shares, at a price of € 5 each.

Interview with Priit Vaikmaa, CEO of TextMagic AS

I was looking for a new accounting partner with capacity for IFRS (International Financial Reporting Standards), XBRL (Extensible Business Reporting Language) and who would be able to help with the preparations for the IPO. I was initially referred to a British accountant who was said to have the necessary knowhow, but, fortunately, Riina Einberg from the Estonian Founders Society suggested contacting Klaar.me.

What were your expectations for cooperation and what was the reality?

It was my first experience in listing a company, so I expected, first of all, a quick response and input of financial data and reports for the pre-IPO documentation. In our first meeting already, Klaar.me used financial terminology that I had never heard before and it became clear to me that I and the financial partner had to work on more issues than I had originally thought. Klaar.me helped to guide the process, identified issues that needed to be addressed in detail, and made recommendations for the involvement of both auditors and tax experts. In addition, Klaar.me helped implement all the changes. I also highly valued the rapid and operational response of Klaar.me.

I also liked the fact that Klaar.me did not focus only on the short-term goal in the IPO process, but kept also future goals in mind. Although this somewhat extended the work process, the result was comprehensive, transparent and supported our ambitious future. To achieve our long-term goal, we made changes to our structure and processes and also developed together our transfer pricing policy to make sure everything is correct.

At what stages did you see the most value in your partners? What about cooperation and synergies between partners?

When preparing for an IPO, choosing the right partners is extremely important. I was very lucky because all the partners who were involved made a good team. This synergy certainly ensured the success of the IPO. We had a lot of partners both in Estonia and in other countries, but it was good to see that all of them were working towards a common goal and helped me with advice and resources.

What would you recommend to a company planning to list its shares?

I have already had enquiries from several CEOs who want to follow a similar path. I recommended that they take two steps back and make sure that their pre-IPO work has been thorough. Then they should look for partners who are competent in their field and add value to the whole process. It is relatively easy to find the underwriter and legal advisers or they have already been contracted. Never underestimate the financial side and make sure that the reports are transparent and in order. The financial partner must be strong, otherwise it is impossible to hold an IPO. It is important to remember that an IPO is a long-term investment and requires trust and also sufficient resources

Never underestimate the financial side and make sure that the reports are transparent and in order. The financial partner must be strong, otherwise it is impossible to hold an IPO.

A trusted, dedicated and flexible financial partner for your company.